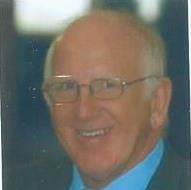 Robert (Bob) Burge qualified from the BSO (now the University College of Osteopathy [UCO]) in 1964 and was a part-time clinic tutor at the BSO until 2012.

He has a particular interest is the treatment of the patient in relation to the presenting problem, predisposing factors and the use of the appropriate technique for the patient [not just the problem].

Bob holds the Advanced Diploma in Osteopathy [1991] and has a special interest in Strain and Counterstrain as a treatment modality.

He has served on the ESO International Faculty, teaching in Russia and Poland as well as lecturing to French, German and Spanish students in the UK. He has also served on the Council of The General Osteopathic Council (GOSc) of the UK and has been an assessor of Clinical Competence for those [from non GOsc accredited schools] wishing to practice in the UK.