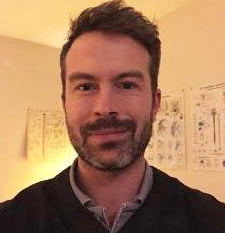 Pierre Rivoalan is a French osteopath who graduated from the ESO undergraduate course in 2005 (BSc. Ost (Hons). He received a Post-Graduate Diploma in Mechanical Link Osteopathy (Paul Chauffour) in 2011. He has a particular interest in visceral approach and is a fierce defender of the holistic and ‘hands-on’ nature of the osteopathic diagnosis.

Pierre works in his private practice in Grenoble, France. He has been teaching structural and visceral osteopathy for the international department of the ESO across Europe since 2013. He also worked as teacher and clinic tutor at CEESO, Lyon for 2 years 2006-08. Since 2017, he uses embryologic background to approach visceral anatomy as well as its osteopathic understanding.