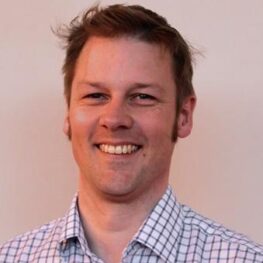 After an apprenticeship as a Marine engineer, Andy graduated from the European School of Osteopathy in 2003 and was principal of The Wells Practice in Ilkley, West Yorkshire before moving south in 2014 and starting work in St James’s, London. Currently he practises in London, and Hitchin, Hertfordshire.

Andy has lectured across Europe for the Osteopathie Schule Deutschland, and worked as a clinic tutor at the British College of Osteopathic Medicine. He is now a lecturer on both the international and undergraduate courses at European School of Osteopathy.

Andy has developed courses in Articulation and Mobilisation for Massage Therapists and other body workers and has a particular interest in the classical principles and philosophy of Osteopathy.

He is qualified in Equine and Canine Osteopathy and lives in Hitchin with his wife and cat.